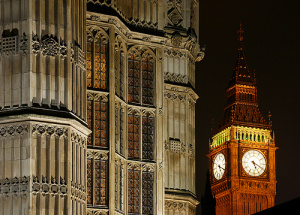 This Wednesday, the Bishop of Oxford, John Pritchard went with Rev Keith Hebden to deliver a letter to David Cameron’s constituency office in Witney.  The letter, signed by 46 Bishops and over 600 Church leaders called the government to take urgent action about food poverty after it was revealed that over 900,000 people have used food banks this year.

David Cameron’s office refused to even open the door to the Bishop.  And after the priests refused to leave quietly and continued to seek to deliver the letter properly, Cameron’s staff called the Police.

This Lent has seen Bishops and other Church leaders make a loud noise about the reality of food poverty.  On Wednesday, the End Hunger Fast campaign had created front page news in three national newspapers.  The campaign has combined the compassionate activism of churches that run food banks with the concerns about the injustice…

I have written and spoken a lot about my work alongside unemployed young men on the large Bromford estate in Birmingham and about the graffiti spiritualities project, ‘Bromford Dreams’ that we developed together in 2012 – Urban Theology in action…..Enough words, here is the project in pictures… 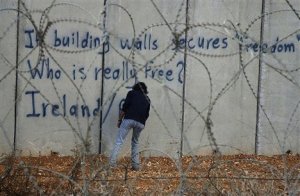 Is popular culture empty ‘lift music’ or bubble gum pop intended to keep us whistling on the way to work as Theodor Adorno might have argued or might it, as Antonio Gramsci insists, be the possible site of liberative struggle against oppression?

Arising from my own research working alongside unemployed young men on a large urban housing estate this is something I have thought a lot about recently.

Have a read of the paper I gave at the University of Manchester entitled ‘Social Exclusion & Graffiti Spirituality and let me know what you think. Perhaps also have a ponder about what implications this way of thinking about theology might have for faith groups, theologians and those involved in education….